BRITAIN’S Queen Elizabeth was in crisis talks on Tuesday after Prince Harry and his wife Meghan lifted the lid on life inside Buckingham Palace with an explosive interview that reverberated around the world, local media reported.

With revelations of suicidal thoughts, a racist relative and an heir-to-the-throne trapped by tradition, the sit-down with Oprah Winfrey by the Duke and Duchess of Sussex was the most startling since Harry’s late mother Princess Diana’s own bombshell revelations in 1995.

Harry described feeling “really let down” by his father Prince Charles, who had stopped taking his phone calls for a time.

Both Charles — the queen’s heir — and Harry’s elder brother William were “trapped” by the conventions of the monarchy, he said.

“They don’t get to leave. And I have huge compassion for that,” Harry said in the interview broadcast on CBS Sunday night, explaining the couple’s dramatic exit from royal life last year. 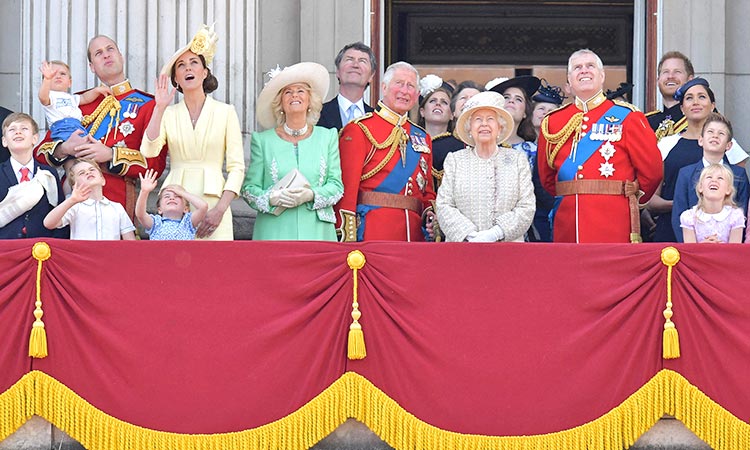 This photo shows the members of the Royal Family on the balcony of Buckingham Palace in London. File/AFP

Meghan, a mixed-race former actress, described herself as “naively” unprepared for life in the royal family.

She said she was denied help for a mental health crisis and said there was even official concern about the skin colour of her unborn son.

“I… just didn’t want to be alive anymore,” she told Winfrey.

Meghan, 39, also told of “concerns” about “how dark” Archie’s skin would be, saying Harry revealed to her conversations over their baby’s appearance ahead of his birth on May 6, 2019.

The couple both declined to name the royal involved but Winfrey said Monday that Harry had told her the queen, 94, and her 99-year-old husband, Prince Philip, were not part of the conversations.

The revelations have triggered a storm of reaction on both sides of the Atlantic, particularly the explosive claims about racism.

Harry himself has faced accusations of using a racist slur against a former military colleague and was once pictured wearing a Nazi soldier’s uniform at a fancy dress party.

He has said Meghan had made him confront the issue. 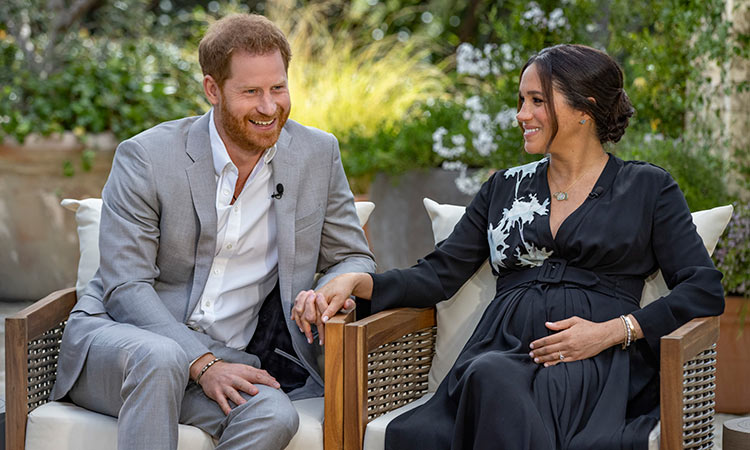 Anti-monarchy group Republic said the revelations showed the institution was facing “its worst crisis since the abdication in 1936”, referring to Edward VIII’s decision to step down to marry an American divorcée.

Amid political calls for a full investigation, British Prime Minister Boris Johnson — whose own views during his time as a newspaper columnist have been seen as racist — declined to comment.

Tuesday’s newspapers in Britain reported turmoil in the Royal Family as they reeled from the explosive revelations, and Buckingham Palace has yet to issue a formal response to the interview.

Meghan won plaudits for her no-holds-barred interview, but the couple also face mounting criticism at home as Prince Philip recovers from a heart procedure in hospital.

Conservative tabloid the Daily Mail on Tuesday asked “What have they done?”, describing the couple’s accusations as “toxic”.

A snap YouGov poll of 2,111 adults in Britain indicated 47 percent thought the couple’s interview was “inappropriate”, with 21 percent in favour. 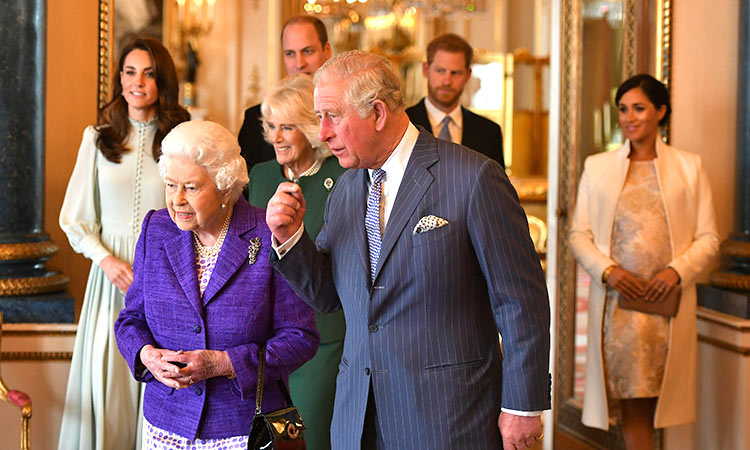 Chris Ship, royal editor at ITV, which aired the interview in Britain on Monday night, said the couple “effectively loaded up a B-52 bomber, flew it over Buckingham Palace and then unloaded their arsenal right above it, bomb by heavily-loaded bomb”.

Harry, 36, said the pair, who have secured lucrative deals with Netflix and Spotify, had to find a way to make money as “my family literally cut me off financially”.

In one rare light-hearted moment, the couple disclosed that their second baby, due later this year, will be a girl.

Following the interview, the couple released a photograph — labelled a “blissful portrait” by British tabloid Metro — of the pregnant Duchess with Harry and Archie.

Meghan has been portrayed in some British newspapers as headstrong, calculating and spoiled, and the couple reckless and selfish for quitting royal life.

She flatly denied reports she made Prince William’s wife Kate cry before her wedding to Harry.

But despite Kate apologising, the rumour was allowed to persist, Meghan added, calling the claims “the beginning of a real character assassination”. 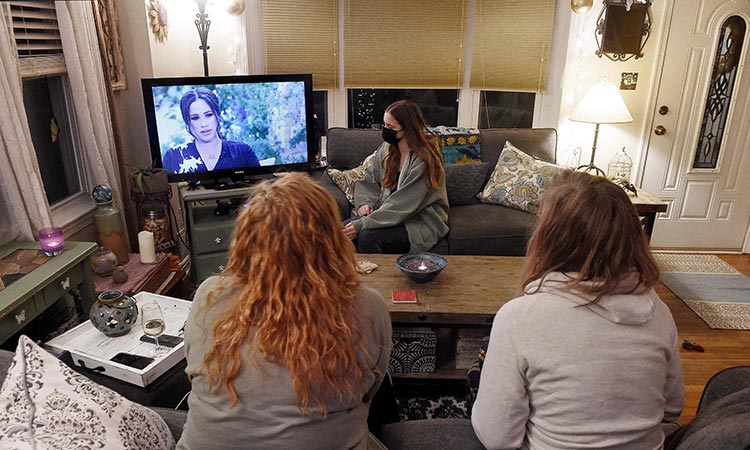 This photo shows people watch a televised conversation between Meghan in Arlington, Virginia, on Monday. AFP

She also accused sections of the British press of racism in its coverage of her and Harry’s engagement, saying the discrimination was a “large part” of why the couple chose to leave Britain.

In a statement late Monday, the Society of Editors — a guild of senior British newspaper journalists — rejected the accusations.

“It is not acceptable for the Duke and Duchess to make such claims without providing any supporting evidence,” Ian Murray, the group’s executive director, said.

“The UK media has never shied away from holding a spotlight up to those in positions of power, celebrity or influence. If sometimes the questions asked are awkward and embarrassing, then so be it, but the press is most certainly not racist.” – AFP 🔺